New examples of foldable and flexible mobile devices, rumors about the transition Apple to a three-year development cycle, rating of manufacturers Android of smartphones from Google and other news … For a long time, the topic of device fragmentation Android has been a favorite 'holivar' among a solid part of commentators. Especially against the backdrop of the eternal debate about which is better, 'googlephones' or smartphones Apple. Support for old devices and prompt release of updates is one of the distinctive features of the Apple technology, which many users have liked. It's really great when all the new 'chips' appear on your smartphone almost during the announcement of a new OS. Many fans Android demanded something like this from Google, dismissing in advance all the arguments that it was simply impossible.

Nowadays, this topic has lost some relevance. Firstly, in recent years, many owners iOS of devices have felt the hard way that updating to a new OS version is not always a blessing. Especially when it comes to older models iPhone and iPad, which often slowed down after that. Secondly, nothing extraordinary update of mobile OS has been brought in for a long time, and most users do not care about the numbers in the OS name at all. Thirdly, Android smartphones are now updated much more often than in the days of Android 2.x, especially when it comes to top-end devices similar in cost to iPhone .

Nevertheless, Google is completely unhappy with the current situation. According to the latest data, only 7.5% Android devices still work on Android 6.0 Marshmallow, but here it is not far from the announcement of Android 7.0. The search giant has sometimes been able to scold those manufacturers for not rushing to update last year's smartphones. And at one time he even officially recommended to support any device for a year and a half. But in reality, the creators Android have never applied any measures to the 'violators', confining themselves to displeased grimaces and loud theatrical sighs.

It is possible that soon Google will nevertheless decide to change the carrot for a stick and will defend their point of view more aggressively. According to Bloomberg, the search giant has been tracking how long it takes each manufacturer to update their devices for quite some time. Moreover, recently a rating of the most diligent and laziest manufacturers was prepared, which was demonstrated to all major partners. And it may well be that if manufacturers do not listen to Google's arguments, the company may publish this data on the web, which will not please everyone.

To be honest, it's not entirely clear why Google is so worried about fragmentation right now Android. Moreover, this is, first of all, the result of their own policies, and not only the producers' fault. And if this situation has been successfully ignored for so many years, then what is the point now to flog a fever?

Maybe it's not about smartphones, but about watches on Android Wear, where the importance of each major update is still very high? And having seriously tackled the OS for wearable electronics, Google just doesn't want to step on the old rake? There is no official list of devices that will be updated to Android Wear 2.0 at the moment, but the Gsmarena resource has prepared an unofficial version. By clicking on the link below, you can find out how likely it is to get an update for your watch model.

If we return to smartphones, then it is not software that comes to the fore, but hardware. A few years ago, manufacturers sometimes deliberately refused to update last year's flagship, thereby pushing its owners to buy a new device. And to some extent it really worked, especially with the additional features of proprietary shells like HTC Sense. But now the new version of the OS is too weak an incentive to buy a new device, especially if you consider that in a couple of months it will be exactly the same on last year's flagship.

But unique hardware is another matter. And it's not only and not so much about the frequency of the processor or gigabytes of RAM, but about the design and form factor of devices. This is why we loved the 'old school' smartphones, which were developed before the era of faceless 'plastic bricks' and rampant cloning iPhone.

At some point, manufacturers of mobile technology deliberately abandoned a variety of form factors and smartphones with unique designs. Firstly, modern operating systems themselves dictate a certain design of the device (for example, a large touch screen), and secondly, the development of a unique design for each device is a lot of money, which will actually go nowhere.

But now there is hope that the old days will return again, and the words 'clamshell' or 'slider' will sparkle with new colors. In the last issue of the digest, we talked about the Oppo foldable tablet, I will give photos of the prototype again below. It looks like this leak served as a signal to many other companies. In any case, in recent days, several news about folding devices from different companies have appeared on the network at once.

So, the Chinese company Moxi (read as 'mo-shi') promises to release a flexible smartphone this year, which can be wrapped around the wrist and worn like a watch or a bracelet. Of course, there are a number of serious drawbacks here. Firstly, the volume of production is still limited (it is supposed to produce 100,000 devices by the end of the year), and the price of the device bites hard and will amount to $ 760. And at first the smartphone will be sold only in China. Secondly, the first generation of smartphones will have a black and white screen, and devices with color displays will appear only closer to 2018. And thirdly, I very much suspect that the phone will receive a very modest set of functions and will turn out to be an advanced 'dialer' rather than something else.

The company is clearly in a hurry to present its smartphone as quickly as possible, and it can be understood, because much more serious players are working in the same direction, with whom it will be difficult to compete.

Samsung is in no hurry to demonstrate foldable devices to the general public (although the first working prototypes were shown to partners a few years ago), but is actively patenting various design options.

For example, this is how a 21st century clamshell might look like. In fact, this is a regular candy bar, only bends in half. And although, apparently, such a solution does not bring any practical benefit (in any case, no additional screens or something like that are visible in the figure), such a smartphone will look very impressive.

For some reason I remember the clamshells Motorola Razr, which could become a real cult only because of their appearance. Who knows, maybe Samsung clamshells will be able to repeat this trick? Meanwhile, the company showcased a new flexible display at SID Display Week 2016. The characteristics of the presented sample were as follows:

After watching a video from Slash Gear, the imagination is already drawing with might and mains rolling tablets and folding smartphones.

And, most likely, there really are prototypes of such devices, the question is when it will be possible to establish their commercial production. And will it succeed at all – although on this issue most experts are rather optimistic.

If the forecasts for flexible devices really come true, then the beginning of 2018 could turn out to be very bright and memorable. And this, of course, is wonderful, but what about the upcoming devices of the end of this and the beginning of next year? Will they be able to surprise with something, or will we again see slightly updated versions of last year's devices?

One of the most significant and anticipated announcements is the announcement iPhone 7. The last years of leaks about new flagships Apple are so many that even presentations are not interesting to watch (however, this applies to all modern companies in general), but there is surprisingly little information about the upcoming iPhone 7. These are mostly 'spy' photos of the body, which resembles the design of the iPhone 6 / 6S, but a millimeter thinner, and leaks about the 'dual' camera. 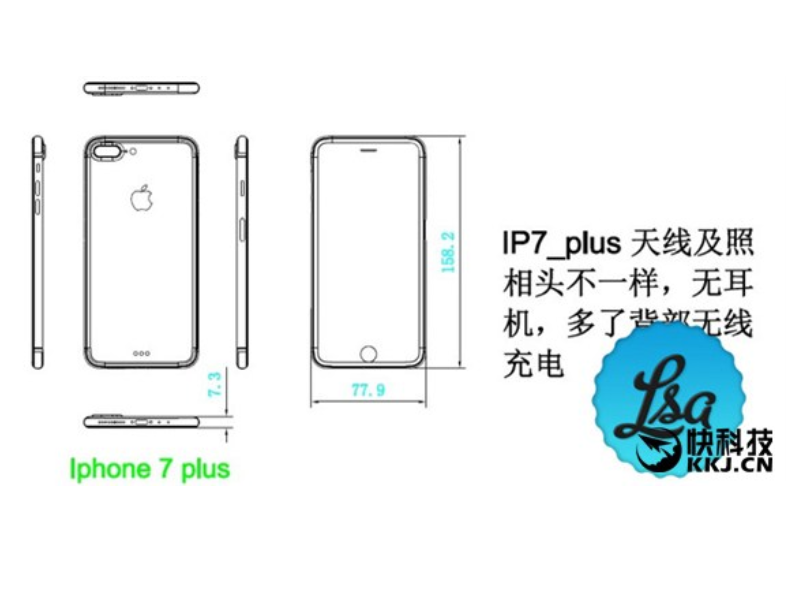 But the rumors about the upcoming presentation are very different, and for the most part they are not rosy. In particular, there are more and more words that Apple plans to move to a three-year development cycle, in which a really new flagship will be released only once every three years. And the other two years, the company will present its slightly improved versions with an additional letter index, like the letter S or SE.

This behavior would be completely illogical from all points of view, from two-year contracts with telecom operators to the expectations that the public has in relation to iPhone 7. Now that overhead Apple the clouds gradually begin to thicken, it is more important for the company to show that it has not forgotten how to surprise. But maybe she really didn’t manage to come up with anything fundamentally new and all hope is only for some fundamentally new “iron” components that will only be obtained next year? Moreover, rumors about the transition Apple to a new type OLED of displays in 2017 have indeed been circulating for a long time. In the long term, the advantage will clearly be on the side of Samsung – I doubt very much that Apple will actually be able to present smartphones with folding or sliding screens. Especially without purchasing components from the same Koreans. But all these futuristic devices will not be today, not tomorrow and, most likely, not even in a year, which means that now Apple have all the cards in their hands. And it will be a shame if the company does not use them and decides to continue to wait for the weather by the sea.

By the way, dependence Apple on Korean companies is getting stronger every year. For example, the same dual cameras that are expected in the new iPhone are now actually produced by only two companies – LG and Samsung. Sony was forced to abandon their manufacture due to a number of circumstances, from the fall in demand for smartphones to the recent earthquake in Kumamoto Prefecture.