Any wireless charging implies the absence of not only wires, but also other connectors. Like any innovation, wireless power transmission is developing too slowly due to the fact that the vast majority of people simply do not know about it, and IT giants are in no hurry to spend money on implementation (you have to buy new certified components, change the arrangement of components inside the case, revise production process) of a novelty that a mass buyer does not really need. However, slowly but surely, wireless chargers are coming into our lives: take at least car and furniture manufacturers, who in recent years have placed charging pads even in not the most expensive products. But in public places, the number of stations does not please with abundance, especially against the background of those optimistic forecasts that were expressed at the dawn of the formation of this technology. 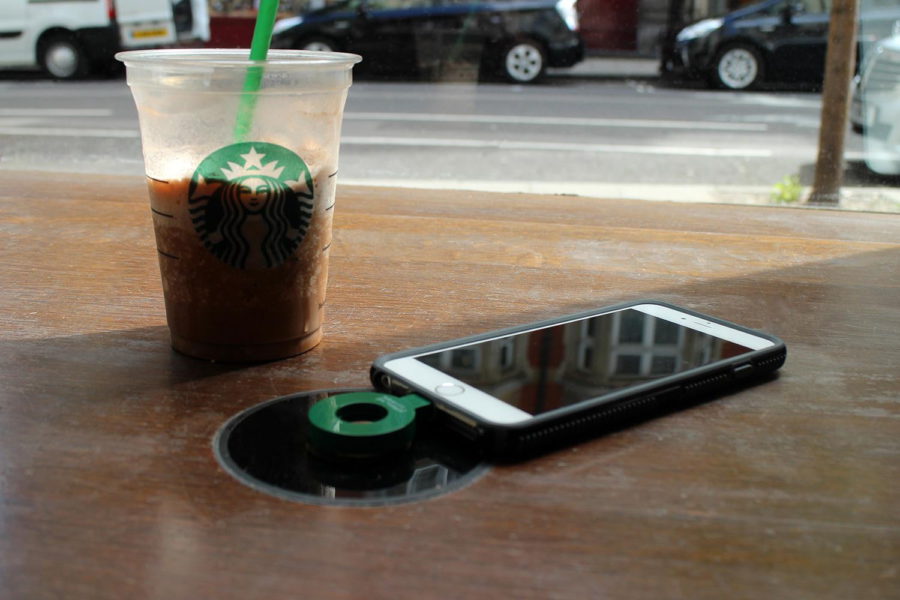 The transmission of electricity was first demonstrated in 1893 by the brilliant Serbian scientist Nikola Tesla, who was a couple of centuries ahead of his time. The basis of every wireless charging is the principle of electromagnetic induction, which can be briefly explained as follows:

Inside the charger is a transmitter plate to which an electric current is supplied. When current passes through this coil, oscillations of a small electromagnetic field are generated, creating a current in the device with the receiving coil. Let's start with the most common standard developed by the Wireless Power Consortium (WPC). Qi is supported by smartphones Huawei, Samsung, LG, Apple, Sony, Nokia and other manufacturers. The advantage of this standard lies precisely in its popularity, if in the foreseeable future there will be some kind of standardization of wireless charging, it will be based on Qi. Naturally, it also has some drawbacks: this is a small coverage area (maximum – 40 mm) and far from the highest transmission speed. This technology can be called the second most common wireless charging standard, although the number of devices compatible with it is several times less. PMA is mainly distributed in America, where it is actively promoted by large companies, including those not related to the mobile industry. The main difference between Qi and PMA lies in the different frequencies – Qi uses 100-205 kHz and PMA operates at 277-357 kHz. Least demanded standard developed by the Alliance for Wireless Power (now AirFuel Alliance) team. Despite its low prevalence, the creators are positioning Rezence as the next step in the evolution of wireless charging, since it can send energy over a much greater distance, and furniture, books, dishes and other similar objects will not interfere with the transfer of charge. In addition, Rezence is capable of charging several gadgets at once with a maximum power of up to 50W, which is enough even to charge a laptop. The technology is based on the effect of magnetic resonance, which allows you to achieve such a powerful signal and significantly expand the area of ​​its transmission. However, despite such tempting indicators, this standard is practically unknown to anyone and there is not a single commercial device with its support, although such companies as HTC, Intel, Qualcomm are interested in the development of Rezence, LG and others.

At the moment, all sold wireless chargers have a range not exceeding 4-5 cm.But not everything is so sad, there are also very promising developments that should increase the radius of energy transmission to several meters:

The full name of this technology sounds like Dipole Coil Resonant System, it works at a distance of up to 5 meters. During the tests, it was possible to power a FullHD TV from the same five meters, but due to the large losses for a 40-watt TV, 400 watts will need to be spent from the original source of electricity. The idea consists of two coils resonating with each other. Falling on one of them, alternating current is transmitted to the other. WiTiCity was created at the famous MIT. Other technical details are patented and kept in the strictest confidence; in practice, it turned out to achieve an energy transfer of 2 meters out of the theoretically possible seven. Developers are striving to create wireless charging stations for electric vehicles and even completely remove unnecessary outdated wired infrastructure from our cities. Toyota, OSRAM, Delphi, Audi, Intel are already invested in the development of the new standard. Another American higher education institution, the University of Washington, found a way to transmit energy over a Wi-Fi signal by slightly modifying a regular router Asus. The energy received in this way was enough to operate the CCTV camera and fully charge the Jawbone Up24 fitness bracelet. During its relatively short, but turbulent life, the technology industry has generated billions of kilometers of various wires and cables. All these kilometers belong to yesterday, but today we need to get rid of this legacy of the beginning of the digital age. It seems to me that the transmission of energy “over the air” should have started to develop together with the introduction of wireless information transmission – that is, 15-20 years ago. But now we see at least some movement in this direction, which means that the day is not far off when we will stop tormenting ourselves with a heap of wires in our homes and worry about whether the smartphone will survive until the evening and where, if something happens charge.